So on the 5th of October this year, was my husband’s and my first wedding anniversary. It truly is unbelievable that it has been a whole year since our wedding day, time has simply flown by. It honestly feels like our wedding, on a beautiful mid-autumn day, was only a couple of months ago. 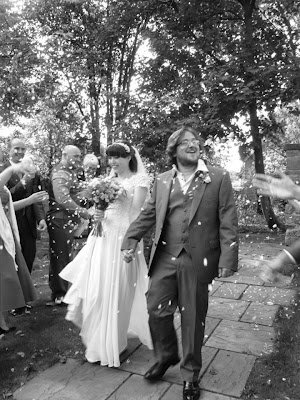 We spent our anniversary in the US, where we were on our (very belated) honeymoon. On our actual anniversary we were in Louisville in Kentucky, staying at the wonderful and historic Brown Hotel and we dined that evening at the very grand hotel bar (it was a Sunday when, unbeknownst to us, most of Louisville seems to close on a for the day) with lots of Manhattan cocktails for good measure. Given that we were on Honeymoon, our anniversary couldn’t help but be special, but the Brown hotel really was a magical setting (and the truffle oil on my lobster mac n'cheese didn't hurt either). I will be writing a separate post (or more likely posts as there is a lot to tell) about the Honeymoon trip itself soon.

The first anniversary is PAPER – which proved an interesting challenge from me to find a suitable gift for a gift for him. In the end I opted for a pair of paperclip cufflinks from Notonthehighstreet, and a personalised ordnance survey map, centered on our post-code. I used a photo of our (Pea & Badger) cake topper for the front of the map and I think it turned out beautifully. 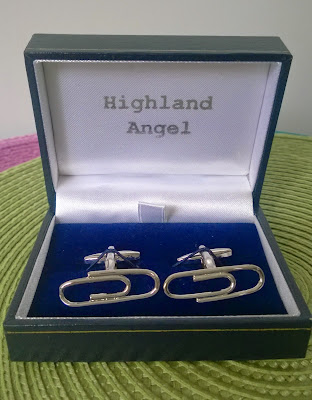 I felt this was a good gift for him as he loves maps and we like going for walks around our home, I admit the cufflinks were cheating a bit, but my getting him cufflinks is somewhat of a tradition for us, which I wanted to continue. 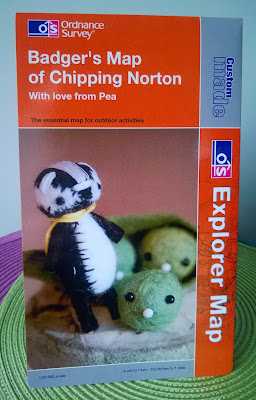 I also made him a card, because I do feel that a hand-made card is more personal than a bought one (and also I enjoy making them). I got the idea for the card from one I saw on Notonethehighstreet, but changed it to suit us. I was pretty happy with how it turned out and he loved it. 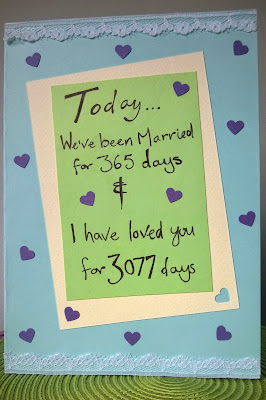 Luckily all the presents went down well and he seemed very happy. I’m really not the best present buyer and tend to worry endlessly about what I’ve opted for, convincing myself that the gift won’t be well received.

It seems kind of odd to me, to be celebrating a year as a married couple, when in May next year we will have been together for nine years. I somehow thought it would feel like less of a milestone, one year in the face if almost-a-decade together, but on the day that wasn’t how it felt at all, and we had a really lovely anniversary. Here's to cotton (oooh clothes!) next year! 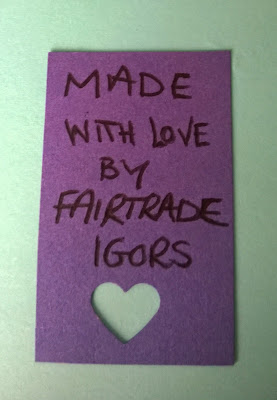